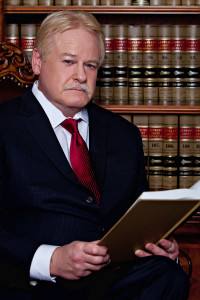 Dr. Bruce W. Ebert is a clinical and forensic psychologist as well as an attorney. He has been working as a mental health professional for thirty nine (39) years. He grew up in one of the suburbs of Chicago although he lived in the heart of the City for a while and has maintained many of his childhood friends to this day. He has always placed great weight on friendship and family. Dr. Ebert was adopted and raised as an only child by two very loving parents who met in England during World War II. In his early years Dr. Ebert developed interests in sports and music. In fact, he began playing in a rock group in the eighth grade and continued to play through college. He played lead guitar, keyboards, brass instruments and the drums. Sports was always important to Bruce especially baseball but he had to make the choice of playing baseball or music in college and he chose music.

In college Dr. Ebert developed a passion for psychology. He was particularly interested in the combination of science and psychology. His passion increased during his master’s program in psychology where he studied closely under a physiological psychologist in Springfield, Illinois. His master’s thesis was on ethics. Immediately upon his graduation he moved to California and obtained his first professional job at a very young age. He decided to stay in California and earn his Ph.D. in psychology which was awarded to him in 1979. After several years of practice in a community mental health agency he joined the United States Air Force. His first publication was in 1976. Dr. Ebert loved his time in the Air Force and remains deeply patriotic. While in the Air Force he became involved in cases that had legal aspects to them. Hence, he decided to go to law school and graduated with distinction in 1990.He has been practicing both law and psychology since then. However, his thirst for knowledge continued so he pursued a LL.M. degree from the nation’s top law school in health law. He focused his studies on mental health law and pain management. He was awarded his degree in January, 2006. His friends have heard him pondering pursuit of another LL.M. and a S.J.D. in Constitutional Law.

On December 16, 1999 Dr. Ebert’s life was changed forever. He was sent to Corcoron Prison to evaluate an extremely violent offender. The inmate attacked and tried to kill Dr. Ebert. Since then Bruce has endured multiple back surgeries and various surgical procedures and experiences chronic pain. In June, 2011 he underwent his 5th major back surgery to attempt to repair the current severe damage in his spine. The surgery lasted for seven long hours and involved four levels with fusion, disc replacement and placing new titanium rods from S-1 to L-1 adding new pedicle screws as well. In June, 2012 he was in a major automobile accident that was not his fault. This caused additional damage to his spine. In February, 2013 he was playing football during halftime of the Super Bowl, tripped and sustained a compound fracture. While at the ER he was given an IV antibiotic he was allergic to and went into full anaphylactic shock and was as close to death as one can be coming back. His nurses in the ER called it a miracle. It is fair to say that event had a profound effect on him.

He has been married to his wife Pamela for thirty-four (34) years. They have three children including Brent, Andreaand Alexandra. Pamela is a marriage and family therapist and Alexandra is pursuing this profession as well after graduating from college with a B.A. degree in child development. Dr. Ebert is fortunate to have three grandchildren, Aiden and Ashton who are twin boys from the marriage of his son Brent to his daughter-in-law Jenny and Amaiya, the daughter of Andrea. The Ebert family has several dogs including Bruce’s service dog Violet and two cats. Dr. Ebert’s hobbies include spending time with family, playing with the animals, watching baseball, collecting and playing guitars, reading journals andbooks and watching movies. He is deeply devoted to assisting veterans and constantly studies everything he can about the United States Constitution. He has been the object of discrimination and faced adverse consequences for advocating on behalf of individuals with disabilities.

In recent years he been studying neuroscience intensely. In the summer of 2013 he attended the intensive neuroscience education program in which he dissected human brains. He has renewed his study of psychopharmacology.