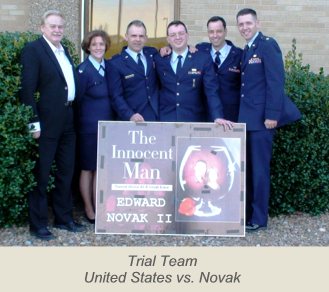 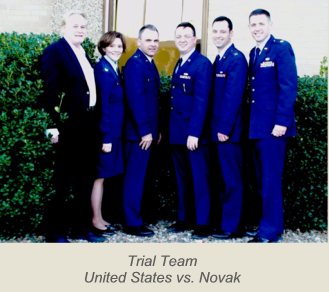 The photos above are the trial team in the case of United States versus Novak, a murder trial at Cannon AFB, NM. Dr. Ebert was a member of defense team and his work led to the acquittal of the accused. The military has a greater than 99% conviction rate in murder trials. He is especially proud to work with lead counsel Lt. Col. Palamino, DNA expert Dean Wideman and support staff as a collegial team to see that justice was served. The defendant was acquitted.

This was a case in which the U.S. Air Force decided to court martial a severely mentally ill young woman. In a case that would the public would think came during the dark ages the young woman on trial was held in segregated pre-trial confinement while psychotic despite protests from jail personnel, Dr. Ebert, her mother and other professionals, unethical mental health professionals suddenly slapped a personality disorder diagnosis on her and tried to prevent her from obtaining long term mental health care from the VA. As a matter of clear record a person cannot be given a personality disorder diagnosis unless they have a continuous period of years of maladaptive behavior beginning in early adolescence. This military member had a well documented objective period of exceptional performance in the military for years without trouble until she was struck with her mental illness precisely at the age when such illnesses typically occur. This case drew the ire of a United States Senator who could not do anything for reasons that remain confidential. It also drew the direct interest of a media giant who also could not do anything for reasons that remain confidential. Dr. Ebert continues to be involved in ensuring adequate care for this former female airman.

This was a military case of a young man accused of a variety of offenses including marital rape. Obviously, rape is a horrific crime and something that perpetrators do to victims in order to assert power and control. It is not about sex. The accused was a very naive person who was in a marriage with a woman, each of them from a very small town and probably too young to be married. In the military rape is a crime punishable by life in prison without the possibility of parole and in some circumstances by death. In this particular case there was reason to believe he was actually innocent. Dr. Ebert was assigned to the trial team for the defense. He worked tirelessly with his team that included two extremely dedicated military lawyers who were talented and excellent attorneys. In particular, Dr. Ebert assisted with the cross examination of the alleged victim. During the weekend before the trial the alleged victim hacked into the defendant’s Facebook page and posted a confession as though it came from the accused. She admitted doing it on cross examination and the young man was acquitted of all charges. This was a case Dr. Ebert worked with the team to see that justice was served.

This was a case involving charges of espionage against a young airman who served as a translator at Guantanamo Bay, Cuba. This young man was charged with approximately 32 different charges including 28 related to espionage. Dr. Ebert worked on the case with a great team of military lawyers and paralegals for a year. The case preparation involved spending time at Guantanamo Bay. Initially, there was a recommendation the matter be referred as a death penalty case. In the end Airman Al Halibi pled guilty to a charge of making a false official statement and received time served and a discharge. This was one of the most rewarding cases Dr. Ebert has ever been involved in. 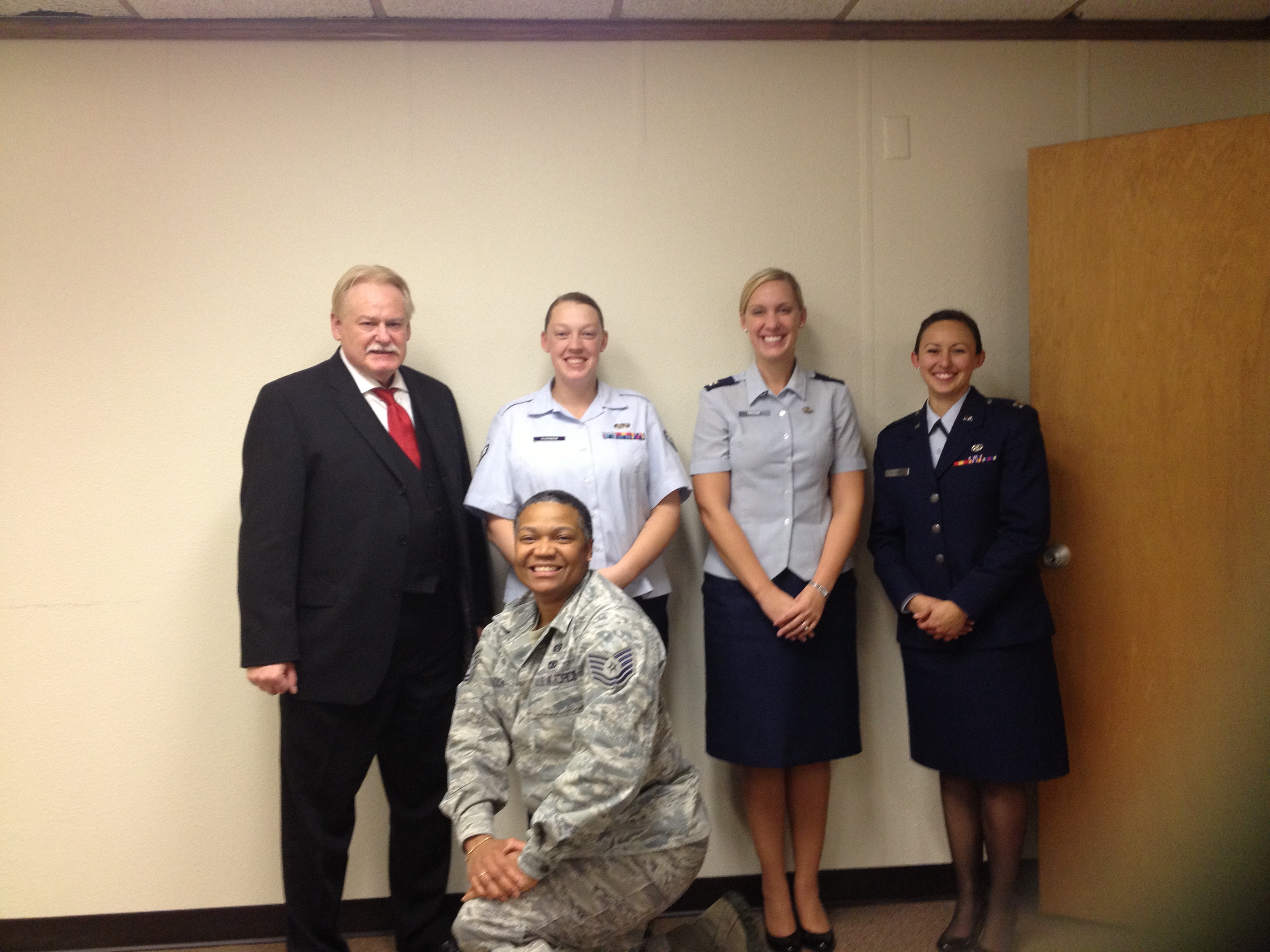 The photo above is of a fantastic trial team for the Government in a case that took place in Minot, North Dakota. Dr. Ebert had the privilege of working with these fine Air Force members in a case involving a sex offender. The case involved a conviction after a fully litigated trial with an excellent defense team who had a nationally known forensic psychologist who testified but didn’t have the best experience on the witness stand in large part because of the cross examination tips made by Dr. Ebert. This case paved the way for a follow on case to bring justice where it needed to be.

This matter took place in Nevada and entailed horrific discrimination against some Muslim students. Dr. Ebert was hired by attorneys from O’Melveny Myers, one of the largest and most prestigious law firms in the nation. This was the second time lawyers from this firm teamed with Dr. Ebert. He evaluated the key plaintiff in the case, reviewed all of the evidence including witness statements, depositions, the complaint and the answer, all motions then wrote a very long report about the serious psychological damage to the victim. The result was a huge success.