Licensing law is a very unique and specialized area of legal practice. It is not yet recognized as a distinct specialty area of practice in the law such as Family Law, Criminal Law or Appellate Practice. One of the reasons for this is there are very few attorneys who have the unique education, training, experience and supervision to practice in this area of law. Most of licensing law takes place in the legal domain called administrative law. Just as in civil litigation or 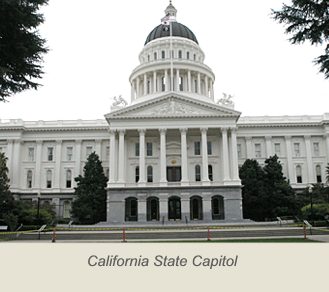 criminal there are individual statutes and regulations that govern how cases are handled. But despite the fact that few lawyers specialize or practice in licensing it affects virtually every human being in the United States. In California, most licenses to practice a profession or trade come under the domain of a huge agency called the Department of Consumer Affairs (DCA) (www.dca.ca.gov). Every state in the nation has an equivalent organization that oversees licensure. Dr. Ebert works with other lawyers and has an office near the California State Capitol Building.

The DCA covers various licensing boards such as psychologists (The Board of Psychology), marriage and family therapists. social workers, licensed educational psychologists (The Board of Behavioral Sciences), physicians of every specialty including psychiatrists (The Medical Board of California), nurses, osteopaths, dentists, accountants, cosmetologists, contractors, mechanics, acupuncturists, architects, court reporters, geologists, hearing aid dispensers, naturopaths, optometrists, podiatrists, physical therapists, pharmacists, speech pathologists, veterinarians and others. In fact, in California alone there are 2,000,000.00 licensees and that does not include lawyers who are governed by a separate entity called the State Bar of California.

Dr. Ebert specializes in licensing law. He got his initial training when he was part of the California Coalition of Rape Crisis Centers in the 1970s, then while working for the California Psychological Association (CPA) in which he interacted with legislators and their staff on a variety of issues pertinent to mental health professionals. From there he served on the ethics committee of CPA dealing with ethics complaints against psychologists. He obtained vast experience in licensing law when was appointed to the California Board of Psychology (BOP), the largest regulatory board in the world for psychologists. Dr. Ebert learned about all aspects of the BOP and licensing law from dealing with the initial steps a person takes to become licensed, reviewing credentials and training along with supervised professional experience, drafting regulations and presiding over regulatory hearings, dealing with setting policy and strategic planning, interacting with legislators and the Governors staff as well as dealing with thousands of complaints over the years. During his time on the BOP, he was able to serve an unprecedented five terms as the President of the Board. For various reasons he kept every pleading, case summary, settlement documents and all relevant disciplinary materials during his lengthy time of the BOP. Moreover, Dr. Ebert was selected by the executive staff to take leadership roles in DCA that allowed him to interact with many boards and commissions such as the Board of Behavioral Sciences and the Medical Board of California. He also even performed evaluations for the nursing board. His offices are in Placer County, home of one of the most beautiful courthouses in the country.

Like many areas of law, experience counts as does creativity, understanding of tactics and strategy of the field, knowledge of the specific sections of applicable law, an understanding of the field where the professional is facing a problem (e.g. physician) and knowing other legal experts in the field. Dr. Ebert is involved dealing with professionals most often when a member of the public filed a complaint. At that particular stage the professional gets a Letter of Inquiry of a Complaint Letter requiring a response in a very short period of time. If the case is not resolved at this level, the matter may lose its confidentiality and the licensing Board may file an Accusation which is a public document somewhat like an indictment. There are very precise procedures following an Accusation that the attorney must know in order to properly defend the client. Cases even go to trial before an administrative law judge following a set of rules called the Administrative Procedure Act which is part of California law at California Government Code § 11340 et. seq. at www.oal.ca.gov. Professionals facing a trial may call witnesses, cross examine every witness called by the licensing board, call experts and offer a variety of types of evidence. In trial there tends to be relaxed rules of evidence such as allowing hearsay as evidence in proceedings against a professional. After the trial the Judge issues a decision that goes back to the licensing board for adoption versus non-adoption. Dr. Ebert has experience dealing with many cases at that level. Professionals are entitled to an appeal through a process called a writ of mandamus and may take a case all the way to the U.S. Supreme Court if appropriate.

Dr. Ebert has represented many different types of professionals including psychologists, marriage and family therapists, social workers, physicians, nurses and other licensed persons to include trainees in a variety of proceedings ranging from attempts to be allowed to sit for a licensing examination through defense of the most serious charges against a professional. As noted above professionals may call expert witnesses in their defense. Dr. Ebert has a very broad base of connections with hundreds of experts who can assist a professional charged with a violation of a regulation, statute or ethical standard. In addition, he is especially adept at cross examination of opposing experts.

Another aspect of licensing law Dr. Ebert emphasizes is prevention; prevention of serious complaints or allegations of violations of statutes, regulations or ethical standards. In this regard he regularly consults with professionals in order to assist them in conforming their practice to the requirements of law whether it entails use of various forms to resolving differences between a difficult patient and the provider or how to respond to a subpoena. So although there may be various attorneys who are willing to tackle a licensing case and do it cheaply Dr. Ebert is in the small group of experts who devote a great deal of his time working on licensing cases. There are many websites that can be helpful in licensing law. A few of them are listed below.*